CHECK OUT OUR 30 DAY MONEY BACK GUARANTEE

Click on our secure weblink to make a payment. 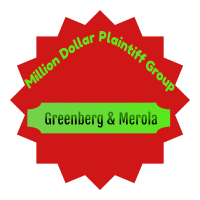 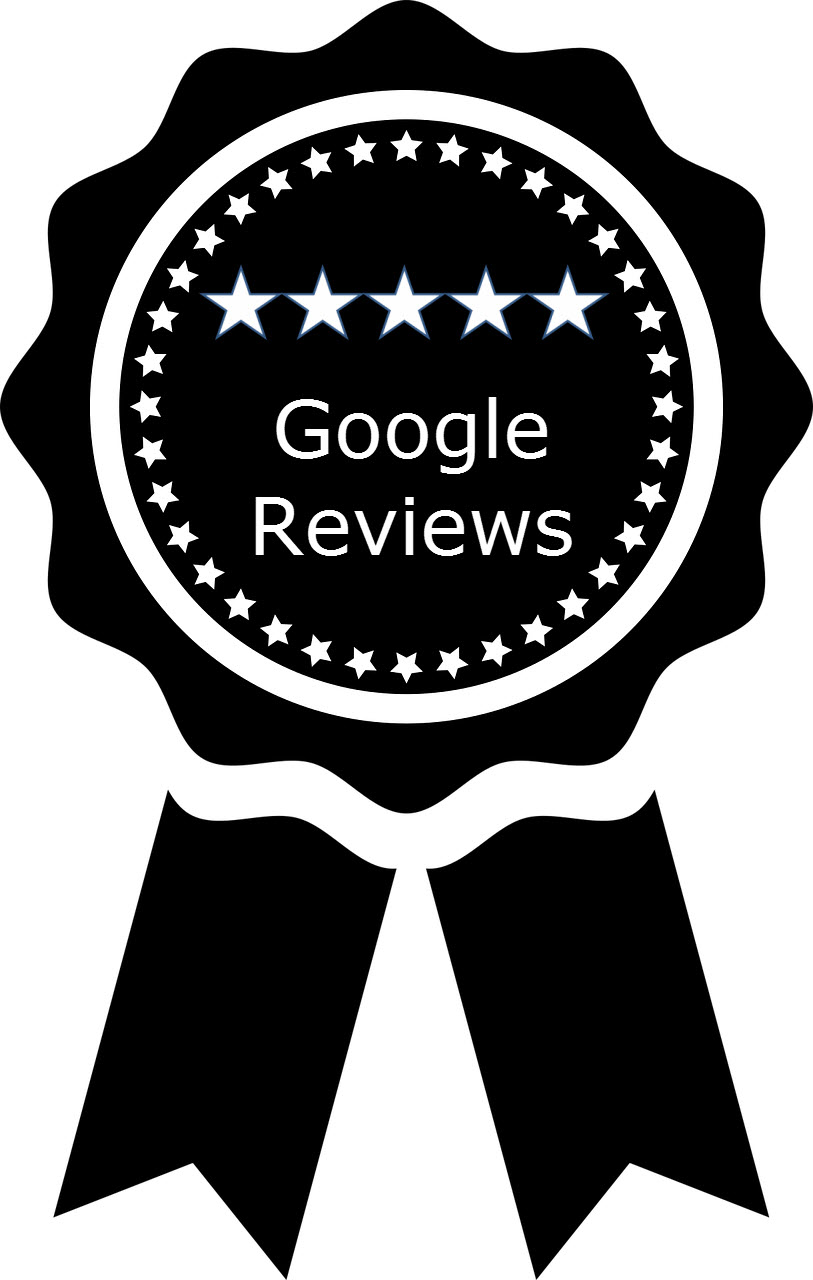 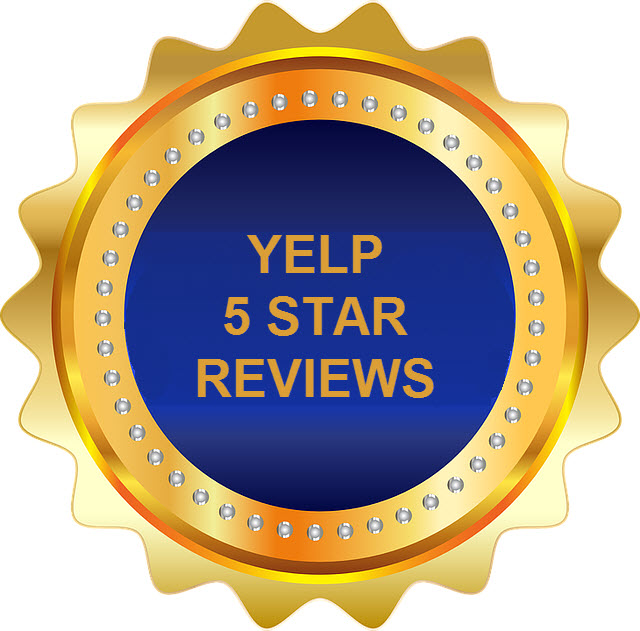 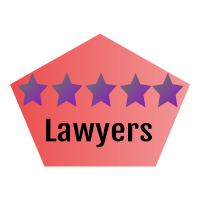 $2,500,000 SETTLEMENT with FULL POLICY PAID Our client was seriously injured in a multi-car accident and had to receive a cochlear implant due to his hearing loss. Additionally, the driver of another vehicle was injured. We made a summary judgment which was granted so liability was not an issue. We fought on our client's behalf and refused to take less than the full policy which has now been tendered by the insurance company to both parties.

$212,500 SETTLEMENT Our client was getting gas for his car after a snowstorm when he fell and fractured his ankle. The gas station had managed to plow the snow from the area by the building so it was safe for employees to walk but had not plowed by the pumps where the customers went. After a long battle we were able to get them to pay.

$200,000 SETTLEMENT Our client was driving his car when he was involved in a multi-car pileup. When the car in front of him hit the first car our client slammed on the brakes and stopped but the car in back of him hit his car and then pushed his car into the car in front. He sustained a rotator cuff tear. After a long battle we were able to get him a favorable settlement

$110,000 SETTLEMENT Shortly after a snowstorm our client left her condominium unit and slipped on the ground. She claimed the snow had been improperly removed. Due to her fall she sustained a torn meniscus and underwent surgery and the claim eventually settled for $110,000.

$83,000 SETTLEMENT Our client was injured when she fell in a theatre that had installed a dangerous temporary lighting board system. She sustained fractures to five ribs, displacement to two ribs, and had to undergo two surgeries. The insurance company did not want to pay saying it was her fault she fell. However, we persisted and showed them that even if it was her fault she fell, she would not have gotten hurt, but for the negligent placement of their lighting system with exposed wood. They agreed and settled the matter.

YOU WILL GET ABOUT 3 ½ TIMES MORE MONEY BY HIRING AN ATTORNEY COMPARED TO SETTLING A CASE ON YOUR OWN.*

$25,000 SETTLEMENT Our client was burned on the leg at a spa when she was receiving a treatment. She had received the treatment before and never been injured so clearly this time the spa was negligent in the chemical application.

$91,500 SETTLEMENT with FULL POLICY PAID Our client was walking along and a car ran a light hitting him. He broke his shoulder and also dislocated it. Thus, he had to have surgery! We were able to convince the driver's insurance policy to pay their full $25,000 policy. Then, we were able to get an additional $65,000+ from the client's own insurance as he had SUM (supplemental underinsured motorist) coverage.

THIS IS A GOOD EXAMPLE OF WHY EVERYONE SHOULD HAVE HIGH SUM COVERAGE!

CHILD GETS $171,632 Our three year old client was in school playing on the slide with other children. However, the school did not have the proper number of adults supervising and the adults they did have were standing far away from the children. When our client got on the slide no one stopped the next child from going down on top of our client resulting in him getting a fractured elbow. The case settled for $100,000 but we were able to obtain a structed settlement with a high future value of $171,632 for him and he will be getting payments from the ages of 18 to 25 years old.

$175,000 SETTLEMENT Our five year old client was playing in a NYC public park on the rings equipment. Her parent was with her. She slipped off the rings and fell into a hole in the matting which had been negligently maintained by NYC. Had the hole not been there it is likely she would not have been hurt, but since the hole was there she sustained a fractured elbow and had surgery. After years of litigation the case settled.

$3,000 SETTLEMENT Our client was being sued after his dog bit the Plaintiff. The client did not have any insurance and was a low income individual. We were able to convey this to the other side who agreed to settle instead of forcing our client into costly protracted litigation or bankruptcy.

$25,000 SETTLEMENT Our client was being sued by a female who he pushed off a bicycle when he was drunk. When she fell she sustained a shoulder separation and accordingly demanded $200,000. Our client was in a bad position as he had already pled guilty in criminal court so the issue of negligence was already decided against him. Arguing on the medicine and her poor social media posting and our investigative skills we got the case settled and our client only paid $25,000.

CASE DISMISSED Our client's company was sued in federal Court by a former employee claiming federal and state wage violation claims. The gist of the claims was that the employee was not paid overtime for working 40+ hours and was not paid for break time. Thanks to great legal research from our associate Alex Khutoryansky, Esq., it was shown, inter-alia, that The Motor Carrier Exemption under the FLSA (Fair Labor Standards Act) would be applicable to our case. The case was thrown out of Federal Court.

LOW PAYMENTS Our sick client who was on a fixed income incurred a several thousand dollar debt for medical bills to New York State. Our client did not want to file a bankruptcy but wanted to pay off the debt. We needed to spread the payments out over many years due to the client's limited resources but creditors understandably want to be paid as rapidly as possible. We successfully negotiated an 8 year payment plan of only $40 month.

10% ON THE DOLLAR Our client was being sued by Medicaid for alleged overpayments that they made of approximately $20,000. We claimed they made a mistake as they were notified she was working and had her own health insurance. Thus they should not have been spending any money on her behalf! They believed they did not get proper notification regarding her work. We were able to convince them to settle for approximately $2,000.

$25,000 FOR NOISE Our client bought a home and on the corner was a restaurant/nightclub. The patrons would spill out onto the sidewalk at night and make noise and even inside the sounds were extremely loud. This went on for over a year. A settlement was reached where our client received money and the restaurant installed a special sound barricade so our client could get back to sleep.

LEASE TERMINATION Our client cosigned on an expensive apartment lease for elderly parents. Shortly thereafter, one of the parents passed away. This was followed by the surviving parent becoming ill and having to leave the apartment. Thus, the apartment was now useless to our client. The Landlord wanted the client to "make good" on the remainder of the lease which had about a year left and could have cost our client thousands of dollars. Thanks to legal research we found a seldom used law, which allows a lease to be terminated by a senior citizen when moving to a health care facility.

WELCOME TO THE USA Our Citizen client wanted to get her fiance to America so they could get married. We prepared all the paperwork and all was going well until it was time for the fiance to go to his local consulate. The consulate was located on an island where he had previously overstayed and had been deported from. Thus, this island's Government was not going to let him come there to visit the consulate. This could have caused a big delay as additional paperwork would have to be processed by INS (Immigration & Naturalization Service) to pick another location. The Government was convinced to let him visit the consulate so that he could come to America. The couple are now married and expecting a child. CONGRATULATIONS & WELCOME TO AMERICA.

THIS IS A GOOD EXAMPLE OF WHY EVERYONE SHOULD FOLLOW THE RULES AS YOU DON'T KNOW HOW TODAY'S CRIME WILL AFFECT YOU IN THE FUTURE!

NYS Taxes Our client had a restaurant in New York City for many years. Due to very tragic circumstances he fell behind in paying the sales tax to the NYS Dept. of Taxation. He received a close and padlock business notice and came to us for help with only days to spare before he lost his livelihood. We were able to get NYS to cease and desist and worked out a compromise that reduced his tax liabilites from approximately $150,000 to $36,0000. And he was able to spread out the payments over many years so he could keep the family business going.

WILL FIGHTS Our client wanted to leave her entire estate of approximately one million dollars to The American Cancer Society as both her husband and daughter had predeceased her due to cancer. This is what she told us she wanted done with her money. Unfortunately, her relatives wanted the money for themselves and constested the will. They did not care what she wanted done with her own money.

We had a long will contest and eventually our client won and the relatives got nothing and the money went exactly where our client wanted it to go!

*In 1999 the Insurance Research Council (IRC), an organization supported by property and casualty insurance companies, performed a study that compared the settlements paid to injured persons who hired lawyers with the settlements received by people who handled cases themselves. The IRC study showed that, on the average, people who hired a lawyer received three and one half times more money in settlement than those who didn't hire a lawyer. Thus, people who hire lawyers come out ahead even after they pay their attorney!

Contact us for new clients only. Existing clients please call.

Prior results do not guarantee a similar outcome. Attorney Advertising. This website provides general information. Due to complexities and constant changes in the law, exceptions to general principles of law, and variations of state laws, seek professional legal advice before acting on any matter!

Some of the information on this website only pertains to certain states. Accordingly seek professional legal advice before acting on any matter.